Steven Castans, Director of Security with JLL at NBC Tower, was named BOMA/Chicago’s 2018 Security Director of the Year. 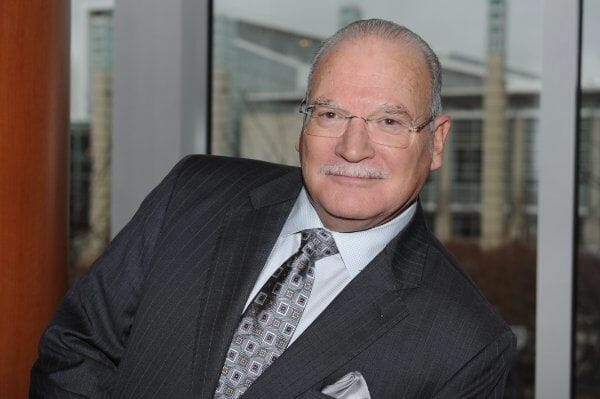 Everyone has their own unique story about how they ended up in the commercial real estate industry. What’s yours?

Upon retiring from the Police Department, I partnered with Larry Doria to run SMI (Security Management and Investigations). My focus at SMI was primarily on BOMA/Chicago member buildings, so I quickly became a member of BOMA/Chicago, where I met and become friends with leaders in the industry including Steve Zsigray, Susan Hammer, Mark Anderson, Myrna Coronado, Bob Quast and T.J. Brookover. I also joined CREN and ASIS. In 2010, we sold SMI to Securitas Security USA, where I stayed on as a Branch Manager in the suburbs, and later moved to the Mobile Unit as their Branch Manager. Right when I was ready to retire, I was asked to become the Director of Security for NBC Tower, which I accepted. I have been here for almost 3 years.

Before working at NBC Tower, you served as Chief of Police for the Cook County Forest Preserve. Did you grow up wanting to be a police officer?

My father was a Chicago Police Officer for 42 years, retiring as a Lieutenant. I was exposed to the law enforcement world my whole life, and I always wanted to be a police officer. I originally took the test to be a Chicago Police Officer. When a federal lawsuit stopped the testing process, I became a police officer with Cook County. Several years later, I was contacted by the Chicago Police Department and was invited to become an officer, but I opted to stay with the county as I was already a Sergeant.

What are some of the major security challenges facing security directors/property management teams today in commercial office buildings and which tools are most effective in addressing them?

Finding qualified security officers is a major challenge and will continue to be in the future. With fast food chains and other corporations offering $15 an hour, the security hiring pool is drastically shrinking. Going forward, I believe remote monitoring and a reduction of officers in buildings will be the new trend. We will need to place more emphasis on technology and training to monitor buildings rather than individual officers.

How do you think this increased focus on technology will change security in commercial office buildings?

With facial recognition, RFID, and advances in access control, who knows where technology can take security of a building. Right now, you can use your phone to scan into a building and activate a card reader. Facial recognition can open elevator doors. RFID woven into a carpet can tell a property manager what was vacuumed and what was not. Technology will change security in a building.

What are some other security trends you’ve seen over the years in the commercial real estate industry?

What is one of the biggest security risks in which commercial office buildings need to be prepared?

With easy access to guns, the violent intruder could be the most serious risk to a building. I personally believe that building access should be closed and controlled rather than allowing open access and uncontrolled movement. I like turnstiles to control entry to a building and requiring tenants and visitors to use access cards to enter the premises.  With the sharp rise in domestic violence, an attack on an individual or group causes me great concern.

I have found that most Fire Life Safety Manuals are bulky and hard to use. I wanted to make NBC’s manual user-friendly so I color-coded each section to represent an event, such as weather, fire, medical emergency. This makes it easier for officers or tenants to respond to an emergency event and comply.

When developing emergency procedures, I recommend that Security Directors talk with their tenants and property management teams to get their input. Having participation from these key stakeholders makes it easier for everyone to understand why we do what we do and how we want them to respond.

Do you have a “pet peeve” in the workplace?

An officer’s appearance. I’m a stickler on wearing the uniform properly and proudly.

It is imperative that the building Security Directors and Property Management know their Police Business Liaison and Police District Commander. In the Downtown Business District, a building is either in the 1st District, 12th District or the 18th District.

If you have any foreign government entities in your building, a simple call to the U.S. State Department will give you a name of an agent who would be your point person if you would need any questions answered or assistance. Also, it is very important to work with the Chicago Fire Department, which most buildings do when they have fire drills and Fire Life safety training for their building.

You were recently awarded Mentor of the Year by the Illinois Security Professionals Association. Did you have a notable mentor in your life? How would you suggest others find mentors?

I became Chief at 29 years old, and most officers in my department had holsters that were older than me [Editor’s note: Steve was the youngest police chief in the US for five years – for departments with 100 or more officers]. Between some old-time Police Chiefs, a State Police Lt. Colonel, and my father, I had the opportunity to learn from several mentors who took time to help me succeed.  Since then, I have always recognized the need to mentor anyone who was interested. Today there are several organizations that can assist an individual in succeeding in both Property Management and Security. BOMA/Chicago has the Emerging Leaders Network and offers a number of educational classes to assist new property managers.

What do you do for fun when you’re not working?

I like to paint and draw. I work with oils and watercolor paintings and I am now trying other media.

If you could travel anywhere, where would you go?

Italy. Because I’m a painter and artist, I would love to see the museum at the Vatican.