Last week, we shared insight on the history of Chicago’s elevated rapid transit system – better known as the “L” – and how it helped shape Chicago’s Central Business District. This week, we’ll consider what’s next for the city’s public transportation system and how its evolution will impact Chicago in the coming weeks, months and years. 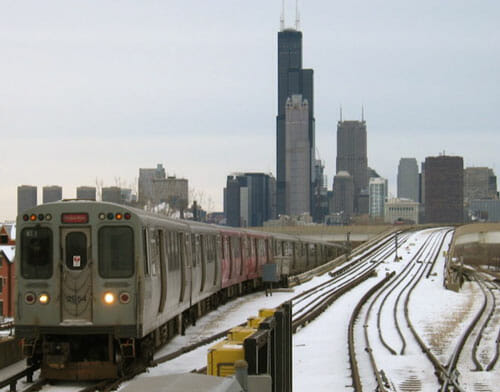 It wasn’t an exaggeration when Mayor Rahm Emanuel referred to the Chicago Transit Authority (CTA) as the “backbone of the city”.  Indeed, more than 1.7 million Chicagoans rely on the CTA every day to travel to and from work, school and home. And the importance of the CTA to Chicago’s Central Business District cannot be overstated. Without it, millions of Chicagoans and visitors would be without reliable, low-cost and timely public transportation to the city center.

But, like other major metropolitan public transportation systems, the CTA has areas that need improvement. To face these challenges, the CTA recently unveiled initiatives to evolve and modernize the overall infrastructure, fleet and even payment system.

These initiatives come at an important time, as Chicago has recently experienced a surge in its public transportation usage, in part due to increased gas prices. According to the American Public Transportation Association, CTA ridership in 2011 increased by 3 percent over 2010. In fact, ridership increased on all eight CTA rail lines in 2011, with the largest growth on the Blue Line.

The increase in ridership goes hand-in-hand with the need for infrastructure improvements, as the transit agency works to ensure that peak commuting hours remain safe, reliable and comfortable. 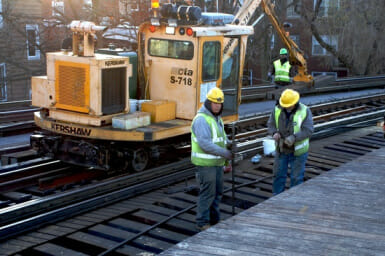 The most significant and widespread improvement plan includes the complete renovation of the Red Line’s South Side branch, requiring all nine “L” stations to completely shut down for the track reconstruction beginning in May 2013. The five-month, $425 million project will include new steel rails, ties and ballast installments, as well as drainage improvements.

CTA is in the process of tackling capital maintenance work at seven rail stations along the north branch of the Red Line. Station improvement work began June 1 and is scheduled to be complete by the year-end.

A sample of additional near-term infrastructure improvements include: 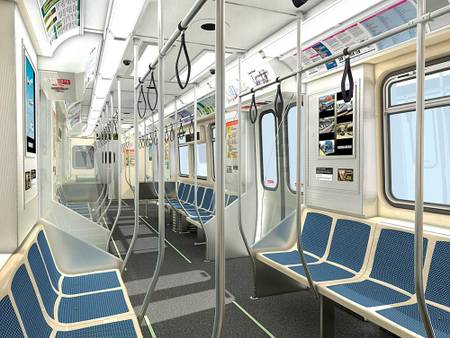 The new “L” cars have a longitudinal seating configuration

Beyond infrastructure improvements, the CTA is also working to modernize its fleet, which includes some of the oldest train cars in the country. The CTA plans to use weekends between April and November 2012 to modernize structural areas throughout the iconic Loop track. And most recently in June 2012, Mayor Emanuel and the CTA announced the purchase and overhaul of nearly 1,500 CTA buses over the next two years; this development will result in an almost entirely new bus fleet. The projected $330 million investment includes the purchase of 425 new diesel and hybrid engine buses. 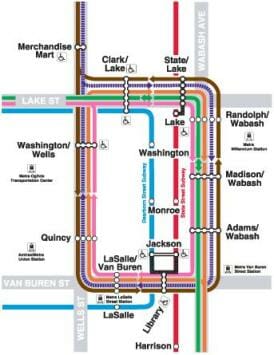 The CTA upgrades and innovations extend to the behind-the-scenes payment system. The CTA, Metra and Pace (Greater Chicago’s commuter rail and suburban bus divisions, respectively) have been working to develop and test technology for a universal fare card that can be used on all three transit systems. Under the new universal fare system, transit riders would be able to simply “tap” their contactless credit, debit or bank cards on a card reader to board the trains and buses.

In the future, new plans will undoubtedly be unveiled for additional infrastructure upgrades. All are vital to advancing and continuously improving the transit system that is so vital to keeping Chicago on track.

What do you think about the renovations planned for the CTA? What changes would you like to see? How does the CTA compare to mass transit in other major U.S. metro areas. Get on board and start a dialogue.