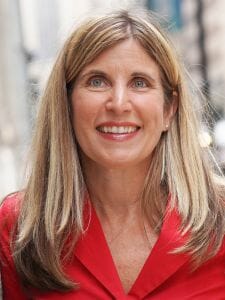 Amy Masters has been named Director of Government and External Affairs at BOMA/Chicago.

Amy previously served as BOMA/Chicago’s Director of Marketing and Communications. In this position, Amy expanded BOMA/Chicago’s social media reach to achieve the largest following of all local BOMA associations, established the monthly Advocate newsletter to promote advocacy news, and led the return to office coalition and related efforts, including Chicago Returns Week.

Amy began her career in the Illinois General Assembly working for the Illinois House Speaker and earned her stripes in Illinois politics managing state and Congressional campaigns. She was later appointed by the Governor to serve as Acting Chair of the Illinois Workers’ Compensation Commission, where she oversaw the state’s workers’ compensation court system and has eight years of public administration experience. Before joining BOMA/Chicago, she served as Executive Director of the Small Business Advocacy Council.

As Director of Government and External Affairs, Amy will oversee government and political affairs on the city, county and state levels, in addition to managing media relations. She will work with building members to advance issues important to the commercial office industry, with a focus on taxation, energy and sustainability, building codes, and preparedness, while collaborating with like-minded organizations.