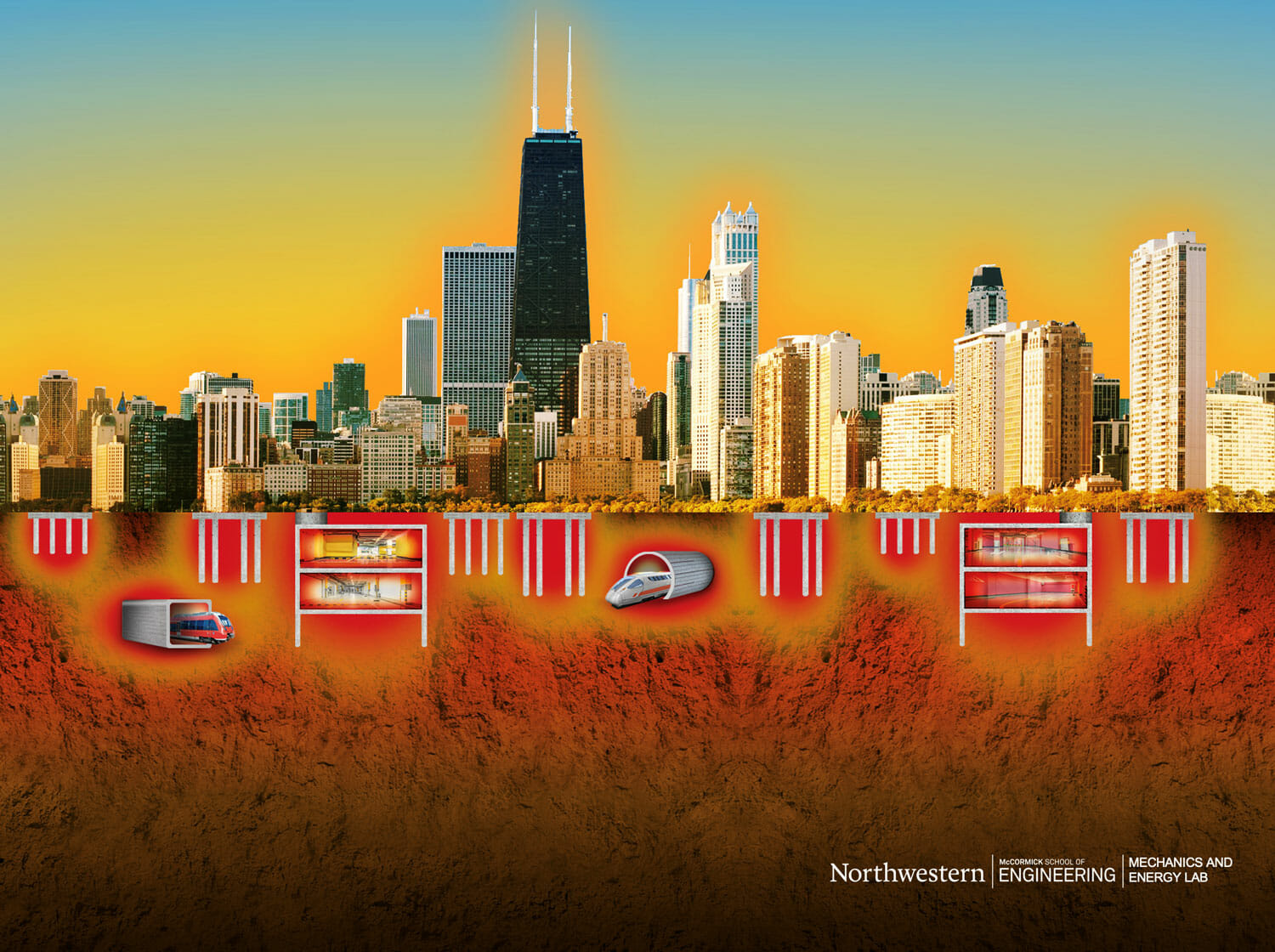 Earlier this year, the BOMA/Chicago Energy and Sustainability Committee met with Alessandro F. Rotta Loria, Assistant Professor and Director of the Mechanics and Energy Laboratory at the Department of Civil and Environmental Engineering at Northwestern University to discuss the Hot City Project.

The project is a study of underground waste heat emissions. The goal is to identify opportunities where this heat can be reutilized through geothermal technologies and to reduce the threat to foundations caused by heat rejected by buildings, district heating networks, and underground transport in the subsurface.  Geothermal technologies have the potential to not only remove excess heat from the ground, but can also help achieve climate targets by sustainably meeting the massive thermal energy consumption of buildings for space heating and hot water production.

To develop an effective, city-specific mitigation plan using these technologies, it is important to identify areas with high vulnerability and geothermal potential within the city. Northwestern is developing an extensive, temperature sensing network in the Chicago Loop for the continuous heat flow monitoring in subsurface environments, including basements, underground parking garages, and tunnels.  The temperature sensing network will consist of approximately 200 temperature sensors throughout the Loop. Sensors have already been installed in several hotel and residential building basements, underground streets, and underground parking garages, such as the Grant Park garage.

Northwestern University Seeks Access to Building Basements and Underground Environments in the Loop
BOMA/Chicago is partnering with Northwestern University in hope of providing access to building basements and other underground environments in the Loop with the aim to install wireless temperature sensors that will monitor the subsurface urban heat island effect in Chicago.

The sensors are wireless data loggers approximately four inches by two inches that weigh less than three ounces. Sensors have already been installed in several hotel and residential building basements, underground streets, and underground parking garages, such as the Grant Park garage. Data from the network will ultimately be used to create a heat transfer model to quantify the geothermal potential of areas surrounding basements, subway tunnels, and other types of infrastructure in the subsurface.

To facilitate participation by BOMA/Chicago members, the Energy and Sustainability Committee, in cooperation with Northwestern University, has developed a mutual confidential nondisclosure agreement (NDA) for use by individual buildings.

Any buildings interested in participating in the Hot City Project or in discussing an installation plan for sensors can contact Professor Alessandro Rotta Loria at af-rottaloria@northwestern.edu.