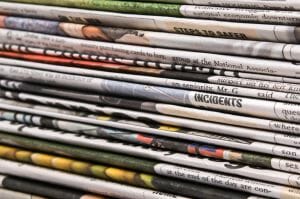 BOMA/Chicago has teamed with the Chicagoland Chamber of Commerce, the Illinois Retail Merchants Association and Locals 150 and 399 of the International Union of Operating Engineers to meet with editorial boards of major newspapers across the Chicagoland area.

As BOMA/Chicago works to educate elected officials about the impact of rising property taxes on businesses and our city’s economy, it is equally important to educate the media reporting on these issues. Meetings with editorial boards provide an opportunity to share important facts, resources, and first-hand stories the media might not have been aware of or had not previously considered. The group focused on highlighting the detrimental impact the Assessor’s property tax policies have had on local businesses and the need for greater transparency. As the editorial boards and reporters consider future stories on this issue, we expect the information shared will impact future opinions and articles.

Last week, Farzin Parang, BOMA/Chicago Executive Director, led a group discussion with the coalition and the Chicago Sun-Times Editorial Board. The group plans to meet with the Daily Herald Editorial Board later this week.